South Bay Real Estate Broker, Mike Weber, discusses the Los Angeles and South Bay real estate markets for the end of March 2020. Find out what's happening with the real estate market in the face of the global pandemic and worst economic disruption in the history of the nation.

Everything has changed in the housing market in just a few short weeks. Surely, the next months and years are going to look vastly different for the housing industry. As we see the greatest number of jobless claims in history, as it becomes exceedingly more difficult to transact real estate, and as the lending environment quickly retracts, the road ahead is completely unclear. Learn more by watching the video.

Want to talk about your real estate situation? Let us know, and we will schedule a video call together soon.

South Bay Real Estate Broker, Mike Weber, discusses the Los Angeles and South Bay real estate markets for the end of February 2020. Learn about the latest trends in median homes prices, the supply of homes on the market, and how many of them are currently selling.

With the Coronavirus picking up steam in the US, we can expect major health and economic implications moving forward. The Federal Reserve has jumped the gun and taken a 50 basis point rate cut in anticipation of the future economic impacts to the economy. Although it's too early to see any impact on the housing market, the big question is will this and the extreme likelihood of the Federal Reserve very quickly heading back to zero be enough to mitigate the upcoming economic toll as it moves its way through the economy. Or, will moving back towards extreme loose money policies continue to create even more inflation in home prices and the stock market moving forward. We'll be keeping a close eye on markets over the next few months to let you know how things unfold.

Need help with real estate? Give us a call today.

Bring your friends and family and join us March 28th at The Point in El Segundo at 5pm for our next buyer focused event: Financing Options & The Benefits Of Owning vs. Renting This event is free and snacks and beverages will be provided. Register here: https://www.eventbrite.com/e/financin...

South Bay Real Estate Broker, Mike Weber, discusses the Los Angeles and South Bay real estate markets at the end of January 2020. Learn about the latest trends in median homes prices, the supply of homes on the market, and how many of them are currently selling.

With low mortgage rates here to stay, inventory has fallen back down to 2017 levels, creating competition among buyers and more median price growth. Closed sales have risen substantially compared to last year from a year over year standpoint. As we move towards selling season over the next few months, it will be interesting to see what happens to new inventory as it becomes available. It certainly looks like it will be a highly competitive environment for buyers this year, unless something drastic changes, which is always a possibility with the coming presidential election and many major macro events unfolding almost weekly.

In this video, Mike Weber discusses where the Los Angeles and South Bay real estate market ended for 2019. Find out the latest trends in median homes prices, the supply of homes on the market, and how many of them are actually selling.

With extremely low rates, increasing maximum loan limits, more and more loan programs, and the Fed's funny money policies, the housing market is melting up just like the stock market and many other asset classes. Although we're seeing some early signs of weakness in different markets and looming recession indicators, the local housing market has headed off for the races again with median prices gapping up and inventory falling off a cliff.

Los Angeles real estate broker, Mike Weber, discusses where the Los Angeles and South Bay real estate market is at the beginning of December 2019. Find out the latest trends in median homes prices, the supply of homes on the market, and how many of them are actually selling.

With the Federal Reserve continuing to lower the federal funds rate and pump liquidity into the markets, mortgage rates have remained low, resulting in home prices taking off again and inventory starting to fall markedly compared to last year. As rates have been back to historic lows for around the last 6 months, it seems the local housing market is picking up more and more steam. With inventory starting to trend back toward very low levels, it will be interesting to see if prices continue to rise over the next several months. Time will tell...

As the Federal Reserve moves back towards aggressive quantitative easing and continues to lower the overnight rate, the real estate market is showing signs of new life with solid gains in median homes prices, falling YOY inventory, and rising closed sales. Check out the video to learn more.

With mortgage rates continuing to stay at historically low levels, median sales prices are trending upwards, if only modestly, in the Los Angeles County and the South Bay Beach Cities. Inventory remains relatively stable, while closed sales have risen noticeably from the same month a year ago. Many markets at lower price points are still highly competitive with many properties garnering multiple offers, while many higher price point markets have slowed down noticeably, presenting a much more opportunistic time for buyers to purchase a property with less competition in many cases. Most sellers would do well to sharpen the pencil and improve their presentation to stand out from the crowd and beat the averages prevalent in the market.

In anticipation of the Federal Reserve lowering the federal funds rate recently and signalling a much more dovish stance compared to most of last year, mortgage rates have fallen back down to extreme lows, historically speaking, which has lead to a bounce in median prices and closed sales and a reduction in inventory levels that we likely would not have experienced had rates continued trending upwards as they started to in the middle of last year.

Even with mortgage rates having fallen over a full percentage point in the last 6-12 months, we're only seeing modest median price gains and limited support in the local housing market. What I'm seeing first hand is a very strong market at lower price points, a balanced market at price points in the middle, and a softening market at higher price points. It will be interesting to see what happens in the next several months as we wind down into the slowing holiday season.

Keller Williams real estate Broker Mike Weber discusses where the Los Angeles Country and South Bay Beach Cities real estate market is currently at for the beginning of August 2019. Find out what's happening with median homes prices, inventory levels, and the number of closed sales in both of these areas.

Inventory in both areas remains unchanged but is markedly higher than last year. Since it's unlikely for mortgage rates to fall much lower, and since inventory is still relatively high, I suspect inventory will continue to grow in the short run, as the effects of lower rates will eventually wear off and many buyers will still be priced out or choose to wait on the sidelines to see what the future holds as the economy continues to show signs of weakness in other sectors.

Closed sales also remained relatively stable over this last period and are similar to 2018 levels, which were generally lower than previous years. This slight uptick in sales is likely a result of the lower rates in the market and the fact that we're now in peak selling season.

Los Angeles based real estate broker and consultant Michael Weber discusses where the Los Angeles and South Bay Beach Cities housing market is currently at. While median prices in Los Angeles County have come down modestly about .5% from a year ago, the decline in the South Bay is much more pronounced at about 5%. This is not a good sign for the housing market, as prices have generally risen every month year/over/year for a very long time.

Inventory also continues to grow and the number of closed sales continues to fall and this is all in the face of extremely low mortgage rates and a plethora of new programs designed to help buyers get into homes with little or no money out of pocket.

Are you thinking of taking advantage of this new softer market to buy a home or an investment property? Is it time for you to sell and make a move or downsize into a smaller home and lock out some of your equity for retirement?

If so, give us a call today. We're here to help.

Use Our Interactive Map Search Tool 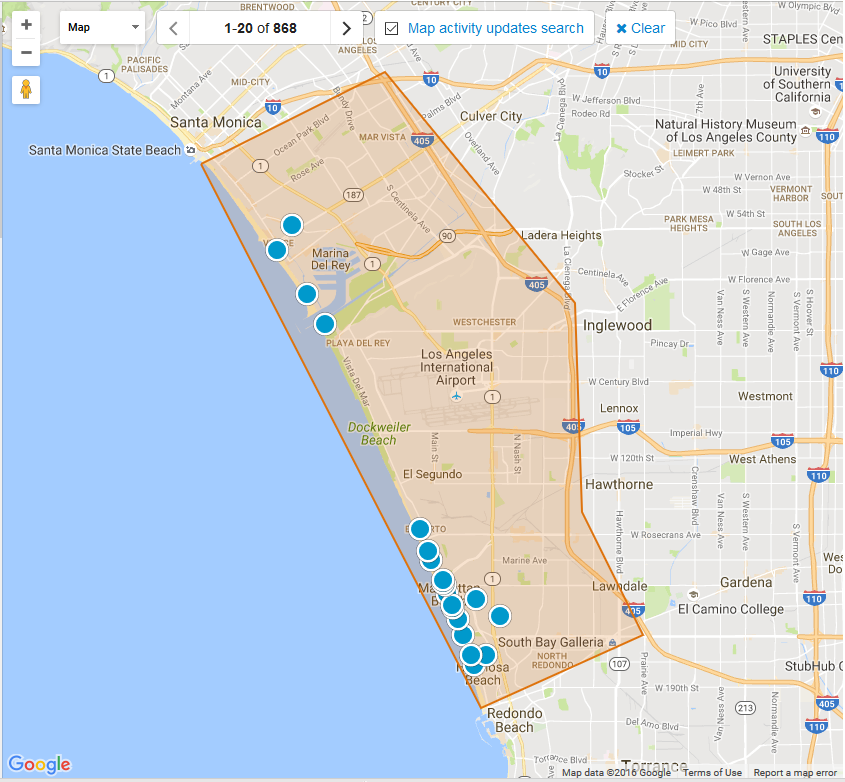 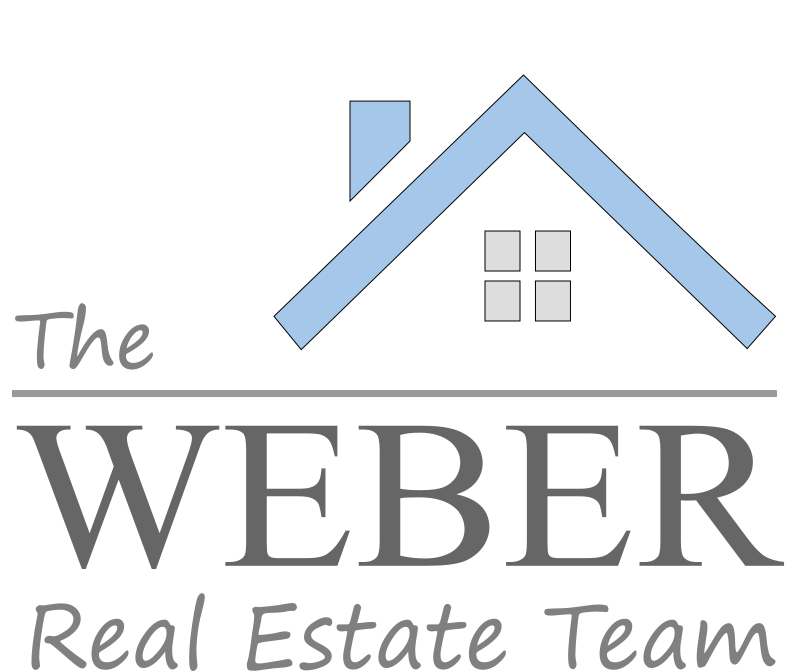